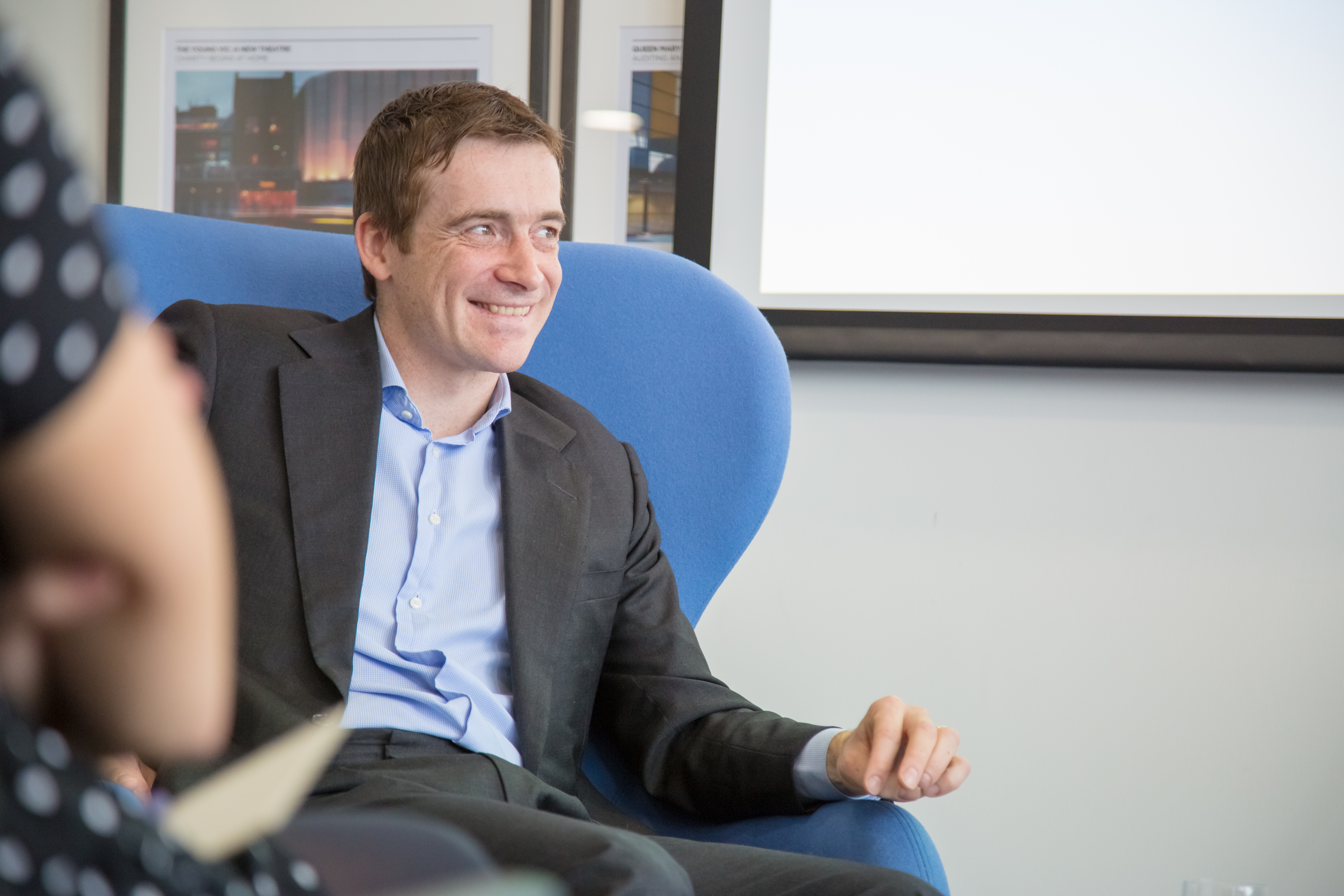 After more than a decade at newstalk radio station LBC, Tom Cheal was named deputy managing editor last year. In an exclusive Gorkana breakfast briefing this week, he talked about the success of Britain’s only national commercial newstalk radio station, the content that keeps audiences engaged and the high profile Clegg vs Farage debate that reached more than 15 million people across the UK.

If LBC’s deputy managing editor, Tom Cheal, had to pick a moment when LBC really seized the national news agenda this year, it would have to be when Lib Dem leader Nick Clegg went head-to-head with UKIP’s Nigel Farage ahead of the General Election.

Cheal describes the live hour-long programme, hosted by Nick Ferrari in March, as a moment that captured the progress the LBC brand has made in its 42-year history. The debate dominated front pages of the national press, led all evening news bulletins on the day and, ultimately, put the LBC brand in front of more than 50 million people throughout the UK.

As Britain’s only commercial national newstalk radio station, LBC is unique. While it launched as a London-based newstalk station in 1973, the last couple of years have seen the radio station rise to prominence across the UK, following its a national expansion last year.

It made history in 2013 with Call Clegg, the world’s only radio station with a deputy Prime Minister as host, and other big highlights have included the high profile London mayoral election interviews and debates, and most recently the Labour Party leadership debate.

Cheal cannot stress enough how important the launch of Call Clegg was: “It’s probably the single biggest success we’d had in drawing in guests…at the time I don’t think any of the team knew how big it might become.” Other notable guest presenters have included Tony Blair, Nigel Farage, Diane Abbott, George Galloway and Boris Johnson.

Since taking on his new role last year, part of Cheal’s remit has been to come up with ideas that will reach the levels of success that Call Clegg achieved. But his key concern is to make sure that LBC is engaged with the issues its 1.5 million weekly listeners are talking about. Its remit is to ask “the questions that people across Britain want answers to”.

In an exclusive Gorkana breakfast briefing this week, Cheal talked about what made for engaging content, LBC’s winning formula to attract an expanded audience and how PRs could work with the team. Here are a few highlights:

Attending the briefing, Shakila Ahmed, comms director for Travelodge, said: “Well done Gorkana for holding another great insightful event. Tom Cheal’s overview on how to target LBC was invaluable advice. Thanks to Gorkana we now have inside knowledge on how to have a voice on leading Britain’s conversation.”

Nicola Ward, senior account executive at Eulogy!, added: “It was great to learn about the inner workings of LBC as well as the wider Global Radio network. Tom provided a really valuable insight into the types of editorial content LBC and its listeners are interested in and how PRs can best engage with the station. The session reinforced the value of radio as a platform for igniting conversations around a particular topic and the opportunity this presents for PRs.”