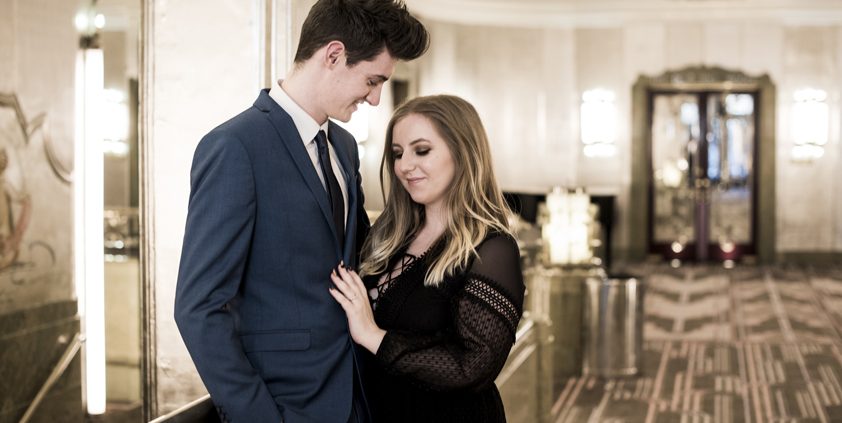 Switched On used the hype around Prince Harry and Meghan Markle’s wedding to help promote the Sheraton Grand London Park Lane as a wedding venue.

To showcase its suite of art-deco wedding facilities, the Sheraton Grand London Park Lane handed a complimentary luxury wedding package to a couple who shared the same names as the Prince and his bride-to-be Meghan Markle.

The other Harry & Megan married on 4 May, two weeks before their royal namesakes tied the knot at Windsor Castle.

Switched On was briefed by the hotel to shine a light on its wedding offering and in particular, the collection of grade II listed art-deco rooms and the dedicated team of planners which are key to the Sheraton Grand London Park Lane’s offering.

The campaign needed to:

There was really only one wedding that was going to capture the world’s attention this year; the marriage of Prince Harry and Meghan Markle. The question for Switched On was how to cut through all the inevitable PR-generated clutter and deliver something genuine.

The hotel has royal links, given it is a stone’s throw from Buckingham Palace and the rumoured location where Queen Elizabeth II learnt to ballroom dance. Switched On’s thought was a simple one: what were the chances that somewhere in the UK, a couple who were planning to marry shared the same names as the Prince and Meghan?

Together, the agency and the hotel pieced together a luxury wedding package and announced that the Sheraton Grand London Park Lane was celebrating the Royal nuptials by offering a complimentary five-star ceremony to another Harry and Meghan.

Step forward Harry Hindley and Megan Morley from Nottingham. After spotting a piece in the Evening Standard, the pair – who run a dance and drama school together – got in touch.

With everything set for the big day and with the blessing of the couple, the agency set about sharing their story with the nation in the run up to the royal wedding. The pair exchanged vows on Friday 4 May 2018, in front of 100 family and friends.

Given the hotel’s premium credentials, Switched On ensured that it targeted titles whose audience reflected the hotel’s luxury nature through a series of strategically placed features and news pieces.

The campaign reached 1.9 billion around the world.

Coverage highlights included BBC London, a three-minute dedicated video feature that ran as a “must view” on the homepage of BBC News, an interview segment with the couple that ran on BBC World Service and features in the Evening Standard, Daily Mail and Hello! magazine.

Outside of the UK, notable hits included the New York Times, NBC in America and ABC, Australia’s biggest television network.

All of the coverage was positive and the majority included visuals of the hotel’s wedding spaces. All coverage mentioned the hotel’s location, while more than 70% carried additional details of the wedding facilities.

Opinion: Why “PR” is having a renaissance
Brendon Craigie, co-founder and managing partner at Tyto PR, examines why PR professionals are once again adopting the PR moniker. The public relations industry is in the [...]
News Analysis
Request a Demo and Pricing
Connect on Social:
PR Case Study: Red Consultancy – The Rubbish Café