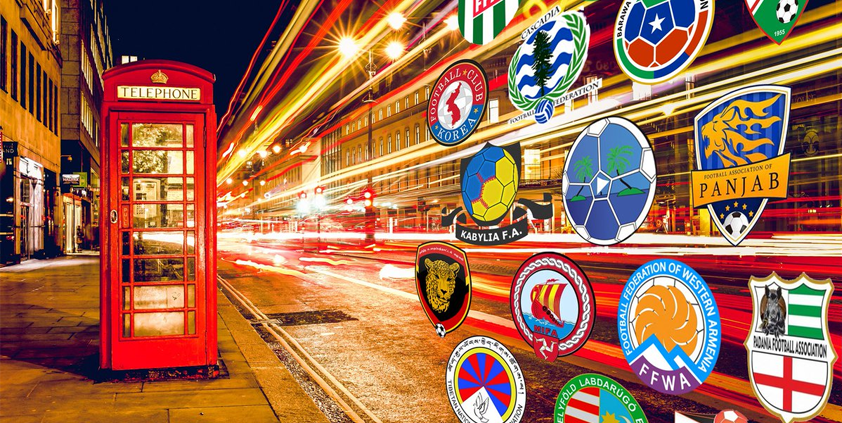 The Confederation of Independent Football Associations (CONIFA) has selected PrettyGreen to provide comms support ahead of its World Cup in London this summer.

PrettyGreen will work with CONIFA to develop a strategic comms strategy to drive ticket sales and engage with key media and influencers around the tournament’s opening fixture at Enfield Town FC’s ground on May 31.

CONIFA is a non-profit organisation representing football associations that are not recognised by FIFA. Associations taking part in the cup include Tibet, Northern Cyprus and Western Armenia.

Paul Watson, director at CONIFA, said: “The CONIFA Paddy Power World Football Cup is the biggest event we’ve ever staged, an alternative World Cup on the eve of FIFA’s event in Russia and we’re very excited to have PrettyGreen helping us getting the word out to football fans all over the UK.”

Paddy Hobbs, head of sport at PrettyGreen, added: “We’ve long been supporters of the work that CONIFA do, so we’re very pleased to now be on their side ahead of the World Cup in London.

“We look forward to working with their talented team and tackling the challenge of ensuring the event is a massive sporting success in the capital this summer.”

Opinion: Why “PR” is having a renaissance
Brendon Craigie, co-founder and managing partner at Tyto PR, examines why PR professionals are once again adopting the PR moniker. The public relations industry is in the [...]
News Analysis
Request a Demo and Pricing
Connect on Social:
M&C Saatchi PR hires new creative director