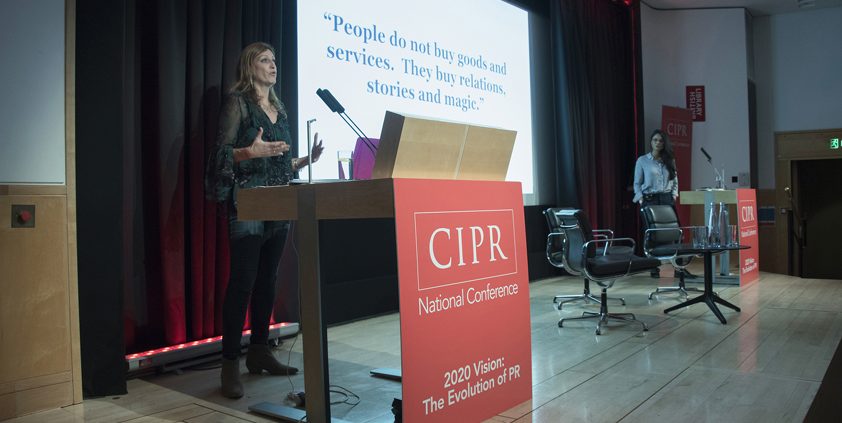 From Smirnoff’s campaign for equality in the music industry to Heineken’s ‘Worlds Apart’ social experiment, 2017 has seen many huge brands get behind great causes.

After the success of innovative influencer campaigns like Dove’s ‘#RealBeauty’ initiative, companies seem increasingly keen to position their brands as forces for social good.

But for this kind of activism to work, argued Edelman’s delegates at yesterday’s CIPR summit in London, brands need to be telling genuinely meaningful stories.

“Every brand conversation I have with a marketer is ‘I want my #RealBeauty’,” said Melissa Hinds, Edelman’s brand managing director. “We started working with Unilever because one of the things that they believed was that change has to come from within.

“In order for Unilever to take a stand across some of these platforms around female empowerment and equality, they also needed to talk about the stereotypes that still appear in their advertising.”

She argued that this level of authenticity is essential to the success of this type of campaign. Brands must also speak with credibility about causes that chime with their core values.

“At Edelman we call it resonance,” Hinds explained. “Crafting a story in a way that’s really believable and authentic enough that somebody else talks back at you with that story is super powerful.”

Why authenticity is key for influencer engagement

Zareen Siddiqui, an account manager at Edelman, picked out its ‘I Move London’ campaign for footwear brand ASICS as an example of the advantages this approach can bring.

The brand wanted to move away from traditional billboard campaigns. As part of a larger campaign, Edelman designed an influencer campaign based around the insight that Londoners spend half of their waking hours sitting down.

“We wanted to get Londoners moving, so we did a big piece of research with Edelman Intelligence team,” she said. “When we were presenting these stats to people, especially influencers, they resonated with that.

“They agreed that Londoners should move more and they were asking us ‘How do we get involved? How can I be part of this?’ rather than ‘How much are you willing to pay me?’”

Staying silent is no longer an option

The 2017 Edelman Trust Barometer revealed that 16 to 24-year-olds claim to make buying decisions based on different brands’ social and political stances.

“They don’t believe staying silent on an issue is an option,” she stressed. “They believe that a brand which stands for something matters more and they are boycotting brands that don’t have a position on things.”

Hinds said embracing authenticity can also mean giving your influencers the freedom to be creative as they see fit, as PayPal’s ‘Pole to Pole’ campaign illustrates.

It gave travel blogger Steve Booker license to create his own content as he traversed the globe on a voyage funded exclusively with PayPal transactions. As a result, the campaign generated 565 pieces of content and 361 million opportunities to see – communicating the relevance of PayPal to a new wave of consumers.

Finding the best influencers to champion your cause is the biggest challenge in any influencer campaign. But, as case studies like these show, the rewards can be huge when you get it right.

That’s why Cision is proud to be helping some of the world’s biggest brands connect with influencers and build lasting relationships with them.

Opinion: Why “PR” is having a renaissance
Brendon Craigie, co-founder and managing partner at Tyto PR, examines why PR professionals are once again adopting the PR moniker. The public relations industry is in the [...]
News Analysis
Request a Demo and Pricing
Connect on Social:
4 essential PR insights from the 2017 Social Journalism Study