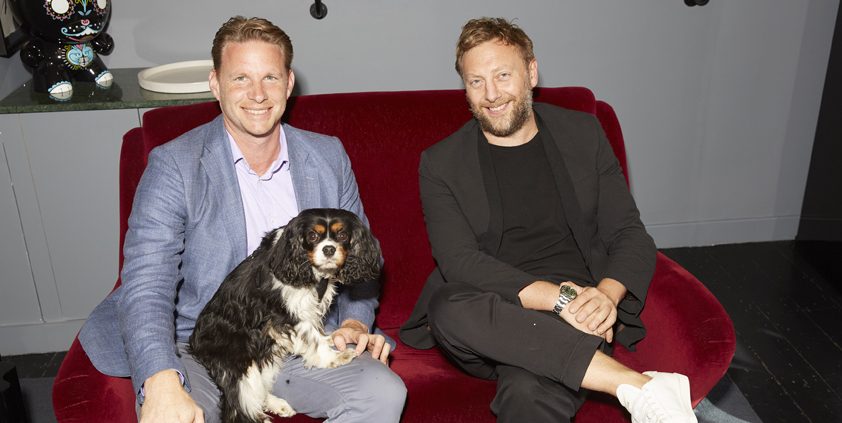 Perkins (pictured, left) will arrive from MHP Communications where, as creative director, he played a key role in earning more than 75 awards. These include three Cannes Lions, six PR Week awards and PRCA Campaign of the Year in 2014 and 2016.

His stand-out work includes the ‘Missing Type’ appeal in 2016, ‘Perfect Mum’ for Baby Dove, and ‘Christmas Tinner’ for GAME.

He will lead W’s creative department in a move that reflects the growing priority W clients such as Unilever, Major League Baseball and Levi’s place on the creative thinking behind their PR campaigns.

“Mark and I began our careers together 20 years ago and have remained great friends ever since,” said Warren Johnson, W’s CEO and founder. “I’ve admired his creative career and ambition from afar. So, it’s fantastic to be reunited – hopefully with fewer hangovers than in the 90s.”

Perkins added: “My ambition is to help create industry-leading and disruptive campaigns. Work that raises the bar, creates fame and blurs the traditional boundaries between PR and advertising. I can’t wait to get started.”

Johnson concluded: “We’re increasingly acting as the lead creative agency for our clients, and bringing in someone of Mark’s calibre is an important step – in nurturing our existing talent, increasing our creative firepower, and winning more creative awards.”