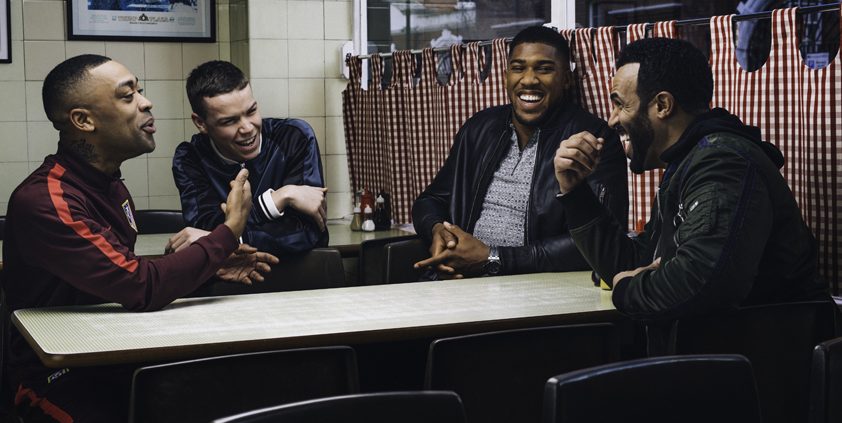 W Communications helped Lynx shake its outdated “lad culture” reputation with this thought-provoking campaign, and generated an impassioned debate about masculinity in modern Britain in the process.

Lynx was a huge brand with a big problem: media and consumers saw it as a hangover of 90s “lad” culture. W pioneered a content-led campaign designed to change this perception. It directly challenged male taboos, provoked national debate on masculinity, helped reposition Lynx as a force for good – and inspired a new generation of young British guys.

W was tasked with helping Lynx create a national conversation addressing what it means to “be a man”. This meant retiring ‘The Lynx Effect’ of the 90s through actions, not words – turning the evolution of the brand into a cultural “moment” that gave the media an opportunity to reflect on the issues.

Our strategy was to tell the story of how Lynx is challenging conceptions of masculinity through partnerships with inspiring and authentic public figures that both enjoy the respect of our audience and demonstrate relevance to the debate – as well as the ability to command mainstream media attention.

We had one rule: everyone we worked with must be actively challenging stereotypes of masculinity. Once the conversation was established, we would turn out focus to everyday guys to bring the campaign home to our audience and inspire them to participate in the debate themselves.

We began with a short film series asking a small group of real guys what “being a man” meant to them. The ‘Men in Progress’ series featured men who in different ways were all living by their own definitions of modern masculinity – like rugby player Keegan Hirst and boxer Anthony Joshua.

We supported ‘Men in Progress’ by feeding the media with a portfolio of new insights into the death of “lad culture” and evolving attitudes towards masculinity, revealing the subject to be both complex and hotly contested.

Next, we created an alternative power list, ‘Men of the Moment’. Rather than focusing purely on wealth, looks or business acumen, as other indexes do, we featured men who were achieving success on their own unconventional terms.

Examples of these unconventional men include Eric Underwood, who brought male ballet to a modern audience, and Olly Alexander, who champions LGBTQ causes. The list was compiled by a panel of celebrities including MistaJam, Tom Daley and Reggie Yates. It attracted wide national print coverage and generated an impassioned online debate.

‘Is It OK For Guys’ was designed to highlight the fact that there are still many taboo subjects for men. Having established Lynx’s unconventional view of masculinity through public figures, we wanted to take participation in the debate to the widest possible audience.

Using Google search data, we identified questions young British men are prepared to ask online, but not loud. From “Is it OK for guys to cry?” to “Is it OK for guys to have long hair?”, the campaign dramatically highlighted male insecurities and brought them to life in a series of short interviews.

The suite of assets created for the campaign received widespread media acclaim, including wall-to-wall positive coverage about the brand, its new positioning and the campaign.

It generated coverage on page 3 of The Metro, front-of-book in the London Evening Standard, a Daily Telegraph feature carrying a picture of Barack Obama (who is consistently cited as a “new” male role model) alongside anchor features in the Daily Star, Daily Express, NME and more.

On social media, we saw a 56% upward lift in positive sentiment, compared to the same period in 2015. It even earned the approval of female columnists who previously scorned Lynx, with Lucy Mangan at Stylish dedicating an entire column to ‘Is It OK For Guys?’.

Most importantly, our 2016/17 activity delivered a 90% surge in the brand value industry analysts Brand Finance attributed to Lynx.

Our work also secured 61% key messaging penetration, with the stand out message being “new Lynx”, bolstered by in-depth feature coverage on Lynx’s new range in gold-standard media titles, including GQ and AskMen – publications that had previously refused to write about Lynx.

Opinion: Why “PR” is having a renaissance
Brendon Craigie, co-founder and managing partner at Tyto PR, examines why PR professionals are once again adopting the PR moniker. The public relations industry is in the [...]
News Analysis
Request a Demo and Pricing
Connect on Social:
PR Case Study: PrettyGreen – Alien: River of Pain