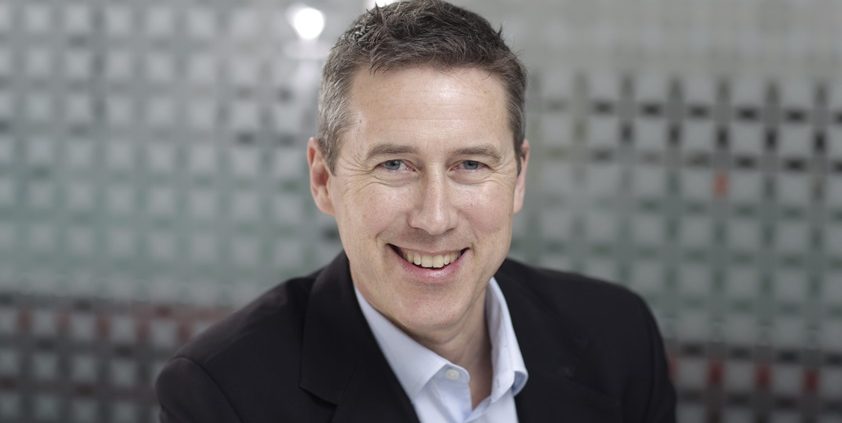 What have you learned about the relationship between PR and journalism, having been in the former for two years and the latter profession for more than 20 years?

The relationship has always been portrayed as a love-hate one. And I can certainly remember times as a Home Affairs correspondent when I would despair that someone would call up and say: “Well Guy, I’ve got a client who has a new line in soft furnishings….”

Enough said. So now on the other side, I always try to find the time to research who the journalist is, their interests and what they’ve written recently.

It’s always been a symbiotic relationship. Without excellent PR, many journalists would not get the access to useful information and interviews with industry leaders. I think there is actually a healthy mutual respect between the two, if they’re done well.

Has this relationship changed over the years?

I think the revolution in the media industry has meant many more journalists are embracing PR.

Technological disruption has meant job security is shaky and journalists are looking for other ways to use their craft skills. There are now people on LinkedIn who brand themselves as “PR-journalists” rather than journalists, which five years ago would have been unlikely.

They’re distinct professions but I think there’s been a blurring of roles. Journalists are no longer necessarily gallant knights wielding the sword of truth, trying to uncover things that organisations don’t want you to know. Perhaps we’re in a more pragmatic era, where to survive some journalists are straddling both camps.

I recall being hesitant about announcing my departure to PR in a BBC newsroom in 2014. There was a mixture of slaps on the back and some (only a few) wanting to do the same to my ‘traitorous’ face. Some things will never change.

What do you hope to achieve at Redleaf Communications?

Establish a creative team that is hungry to super-please existing clients, and in the true entrepreneurial spirit of Redleaf, keep winning new, interesting clients.

How should PRs respond to the current uncertainty caused by the latest elections?

Depending on the sector and scale of businesses you’re advising, I’d keep your powder dry for the moment. If you want to engage in government relations, talk to special advisers or engage ministers et al, then it might be worth hanging on for a while longer until we know who will be closest to the ‘throne’.

With so many tragic incidents taking place in the UK this year, what is the appropriate corporate response from brands in this environment?

A tragic incident can hit any organisation, without warning. Redleaf does a significant amount of work in helping corporates to plan for a potential crisis – and it is the planning that is the key to successful management of it because a crisis does not build character, it exposes a company’s character and ethics.

Having as a journalist covered 7/7, 21/7 and most terror incidents in the capital for more than decade, my advice to corporates not involved in an incident would be: never be tempted to take advantage of a tragedy by gratuitously promoting your client/brand on the back of the misfortune of others.

There have been some horrendous examples of this, some of which have been rightly exposed by journalists over Twitter.

In your time as a journalist, what was the best project/story you worked on?

There were so many over 23 years. But the most moving was covering the 7/7 inquests almost every day for five months, for both TV and radio. The most challenging were often foreign assignments whether that was filming gangs in Chicago, people-trafficking in Eastern Europe, or drug mules in West Africa. Whatever the story (policing, education, health, government) though, it was always about the impact on people.

What’s the best PR advice you have received?

Just before I left journalism, a senior director at a well-known PR agency kindly chatted to me over a coffee, and said there were two things I needed to bear in mind to make a successful transition from journalist to PR: nurture relationships (with clients and journalists) and learn fast to be commercial.

Opinion: Why “PR” is having a renaissance
Brendon Craigie, co-founder and managing partner at Tyto PR, examines why PR professionals are once again adopting the PR moniker. The public relations industry is in the [...]
News Analysis
Request a Demo and Pricing
Connect on Social:
60 Seconds with RB’s Sejal Sachdev