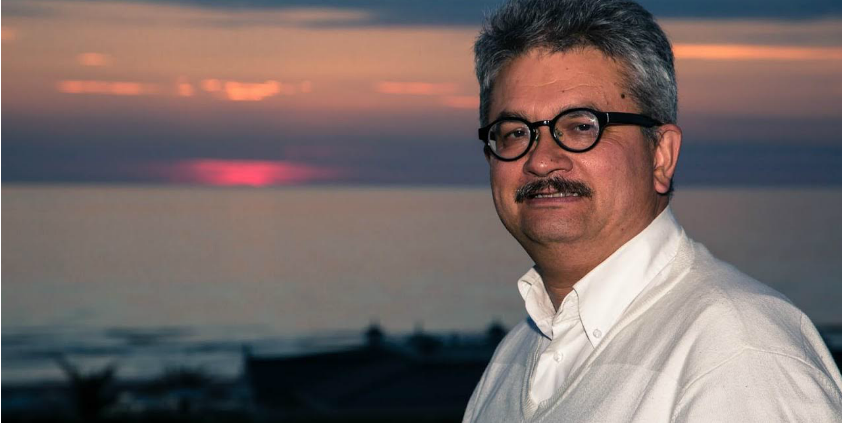 You worked for De Telegraaf from 1978 until 2016. How has working for a newspaper changed? And how different is reporting about technology?

Back in the day the Dutch newspaper world was like one big play area and money came in like rain: subscribers were willing to pay a fair amount for subscriptions and finding advertisers was not an issue. There was no competition because the newspaper business had a cartel structure – in the sense that every paper had its own target audience.

I applied for a job as reporter in 1978 through filling in a simple form I copied from a book. The only relevant experience I had was in writing essays for my studies, and never used to score more than five out of 10 in creative writing.

During the interview process, they asked me how often I drink alcohol after which the Editor-in-Chief mentioned that this is important as “you need to live a little”.

I was also asked if I knew which football club was on top in the league “because you have to know more than just economics”.

He concluded by asking how much I wanted to earn and I had to quickly come up with a figure which they instantly agreed on! I started off badly and they told me after a year that I should look for another job. Since after that comment, nothing happened, I decided to stay and only left after a period of 38 years.

Training and schooling was not available, so a senior colleague would have a quick look at your piece and give me some pointers. The atmosphere was fantastic! Everyone was motivated to come to work, well paid, and in our department, you could decide how long you wanted to stay. No one seemed to particularly care about the hours you spent in office.

It was only until after the digital era that this freedom changed, but management wise it has always been quite chaotic.

Also the commercial sector was not well organised, especially in advertisement, were the many years of prosperity had left the publishing world quite spoilt and rather inefficient. These days, journalists tend to be more hurried as they have to also focus on producing online content, including images and videos, which goes at the expense of fact checking.

Because of the rise of PR, journalism has changed greatly. Tech companies know exactly what message they want to convey, and interviewees are thoroughly trained to relay this message. External communication is now highly professionalised, but unfortunately, much of the spontaneity has lost as a result of this. Also, many specifications and details are leaked before an important launch, making the press conference more like an entertainment show instead of a platform for communicating substantial information.

At the same time, being a tech-journalist has never been so interesting! Technology is the determining factor and basically every company has now become a tech company. Additionally, the impact of technology on society is so immense that as a 64-year old journalist, I now dream of a second youth in journalism.

How do you go about explaining complex cases for the public to understand?

As a tech-journalist, this is the most important skill to distinguish yourself as scoops are quite rare. To be able to write in a simple manner, you need to master the topic first by reading up on the subject, and through calling the right people to find out how to correctly explain concepts. You also need to allow yourself some time to think, as you hardly ever come up with the right phrasing instantly.

I see it as an art to make a technical topic clear for a ‘newbie’ without risking that ‘experts’ get impatient. Also due to the limited space available in a newspaper, it is key to choose your words well and use appealing images to simplify topics.

Even though computer-literacy has expanded over the years, a problem for me as a journalist is that senior readers wish to know exactly how something operates before using the technology, while millennials don’t worry too much about the ins and outs. They think: ‘if it works, it works’.

As a freelance journalist, where do you find content to write about?

I find that it does not take much effort to find topics. As a freelancer you mainly need to find out what the demand is.

How did you become a technology journalist? Has this always been a sector of interest?

I became technology journalist because of the internet era which started about 20 years ago. The newspaper wanted to create a new section and I was not particularly interested in technology at the time, but it soon became apparent that the internet introduced a new era with far reaching consequences. I have never regretted that decision!

How would you describe your relationship with PRs, and what type of content or events are you interested in?

As I mentioned before, PRs have a decisive influence on journalism since they arrange all traffic in the communication world. As a tech-journalist, you don’t have the time to build a relationship with all key players in the sector, especially not since most decisions are not made in Europe, let alone in the Netherlands.

Regarding content that I am interested in, everything that enhances knowledge is welcome. Whether it be presentations, slides or videos. In the case of events, it depends if the time that the event costs is well invested. A trip for three days resulting in one story will therefore not be worth it. I would much rather attend a conference or congress covering one or more different sectors.

How do you prefer to be contacted by PRs?

I prefer to be contacted via email, but WhatsApp, sms or LinkedIn is also fine. In only wish to be called if someone wants to inform me about a scoop.

What is the most memorable story, that you have reported on?

In 2007 I interviewed Steve Wozniak, co-founder of Apple, for De Telegraaf. A US tech website had featured their translated version of this interview and soon many other US media outlets also featured this in their publications.

However, the ‘translation’ was done rather poorly and claimed that Woz had told De Telegraaf that Android would have been better than iOS, but this was never mentioned in the original piece. The website asked Woz for a comment but he denied, rightly so, that he had ever said this. The tech website had either misinterpreted the article or translated it incorrectly, which can of course happen. I contacted the publication to point it out, but never heard back from them.

This experience has taught me that a mistake made in a split second can really damage someone’s reputation. When dozens of other media reproduce this mistake, there is nothing you can do to correct it.