The BAFTAs are set to take place this weekend, and the BBC is reportedly worried about a potential “deluge of political speeches” from the winning stars. Jodie Butt, head of PR at HSE Cake, argues that while there’s a risk for celebrities getting it in the neck for joining the political stage, PRs shouldn’t fear their talent airing political views, and embrace the moment.

At my best friend’s wedding recently I was asked to stand up in front of a 100 of her dearest friends and family and give a toast about her new husband. This request came to me about two minutes before a microphone was thrust in to my hand and a room full of expectant eyes waited for my first words.

For some of us that split second can be a terrifying mumbling affair, while for others it’s an opportunity for centre-stage attention. You’ve got the microphone, and the moment is yours… and no one enjoys that feeling more than a celebrity accepting an award.

Give them the spotlight, the adulation and the permission to speak freely and they will hold on to it as tightly as the statue in their hands. In this current political climate, we’re increasingly seeing our favourite stars use this opportunity to voice their own political agenda, and capture the attention of their peers, the audience at home and the worlds media.

Take the Golden Globes; London woke up to social media feeds packed with Meryl Streep’s comments as she spoke out against proposed immigration policies and press restrictions. Meryl implored a room full of A-list celebrities and the worlds press to “Take your broken heart, make it into art”.

Of course, Meryl is the most nominated actress for the Academy awards, ever, and has arguably earned the right to add her voice to the debate – even if POTUS was less than impressed.

But, what if her footing was off? What if her tone had gone awry? What if it hadn’t come out as intended? Take Tom Hiddlestone, who on the same night made a self-congratulatory speech about a recent UN trip. The social media fallout was swift. His “I’m sorry I was nervous” didn’t really cut it, and I’m sure his next award will be quite a different affair.

Let’s not forget, giving a speech of any kind can be seriously daunting. Doing it in front of the world’s media, when you’re a global superstar; knowing every word will be scrutinised, replayed, edited and quite possibly turned into a never-ending GIF of streaming tears and snot, adds a whole other level of pressure.

Previous award seasons would see PRs advise their client to use the platform to ingratiate themselves with the audience; to be humble, thankful, funny but not too crass, eloquent, but not over laboured, and to take particular care when going up and down the steps.

However, these are unusual times. The political agenda is no longer something we can keep out of popular entertainment, nor should we expect to. People may be divided, but they are engaged, and on a mass level. PRs shouldn’t fear this from their talent, nor should they seek to control it.

We have to let go of the fear of talent expressing themselves and being vocal, on any platform, about issues they care deeply about. Whether that’s defending the right of the press to continue to speak freely or to oppose the injustices that they believe in.

Social media opened the door for this years ago, allowing these seemingly perfect untouchables to show their true personalities, to have opinions, to get involved, to debate. Love it or hate it, there’s no questions that we want more of it.

There is an evolution taking place. For once it’s not just about who’s wearing what, it’s now about who’s saying what – and I for one can’t wait to hear it. 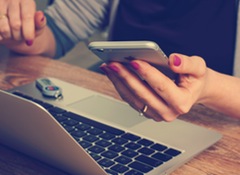 This week’s top trending features on Gorkana News
Your bitesize update on the best PR opinion, interviews, events and insights on Gorkana News this week: Insight: The power of flexible working in PR Timewise has selected the [...]
Industry News 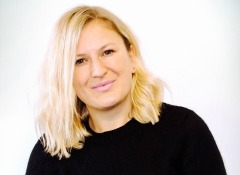 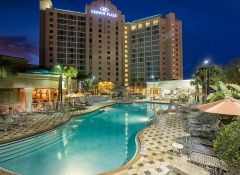