Will Sturgeon, executive director at Golin, on why brands aiming to remain apolitical in 2017 will have their toughest year yet.

My heart goes out to any journalist charged with writing a review of 2016. The dread feeling they’ve omitted something important will be inevitable as they file their copy.

To remain broadly apolitical has generally made sense for brands and it was easy to do – just don’t talk about politics. But that may no longer be enough.

We are living in unprecedented times and the strength of feeling towards politics, politicians and issues such as Brexit and the US presidential election has created a situation where brands risk seeing their actions and statements seized upon and portrayed as highly politicised whether they are intended to be or not.

Brands have long claimed decisions about where they advertise are not made on editorial or political grounds, but in the UK, the ‘Stop Funding Hate’ campaign has heaped public pressure on brands which advertise with UK tabloids accused of fuelling racial tensions in the UK. Companies such as B&Q, Ford and John Lewis have been targeted and Lego made headlines when it announced it is “not planning any future promotional activity with the Daily Mail”.

Meanwhile in the US, right-wing website Breitbart is calling on readers to boycott Kellogg’s products after the breakfast cereal company announced the publisher was not “aligned with [its] values as a company” and was pulling its advertising.

Also across the pond, sportswear brand New Balance found a comment on one of Donald Trump’s proposed trade policies sparked a vitriolic backlash among consumers. New Balance had long opposed the Trans-Pacific Partnership (TPP) but failed to recognise how welcoming Trump’s opposition to the same would play out among the president-elect’s legion of critics. Potentially just as damaging it also brought New Balance fulsome praise from the extreme far right.

The company later clarified that the quote which appeared in the media was “correct only in the context of the topic of trade, and nothing else” but 2016 hasn’t really been a year for nuance, caveats or finer detail.

New Balance’s statement went on to distance the company from “bigotry or hate in any form” which while a sound sentiment is not something a brand ever wants cause to clarify. After all, if you have to distance yourself from bigotry and hatred, you’ve probably not had the best week.

Back in the UK, brands will also be aware their every move may be viewed in the context of Brexit throughout 2017.

In any given year, many brands have to announce news such as job cuts, restructuring, investment, price rises, bonus payments, relocation or acquisitions. But for the foreseeable future all those announcements may be seized upon and forced into the on-going commentary around Brexit, whether they like it or not.

They will also be confronted with questions about issues such as major changes to the UK economy, the cost of doing business or their ability to hire staff. Simply claiming it is not their place to comment on such fundamental business issues will carry its own risks, while choosing the right language to respond credibly will require a balancing act that some brands will either struggle with or be forced to disregard.

Finding the right language has tripped up plenty of brands in the past and with 2017 already shaping up to be quite the sequel to 2016, it seems likely their ability and apolitical resolve will be tested like never before. 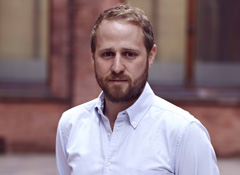 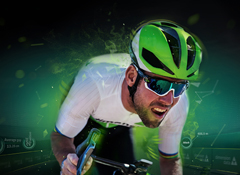 Dimension Data names Golin as its lead PR agency
IT services company Dimension Data has appointed Golin to showcase its major brand activities and provide it with campaign and press office support in the UK and Ireland. As [...]
Industry News 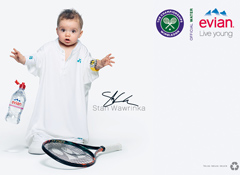 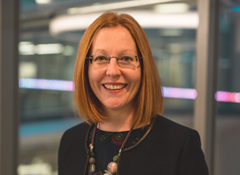