As The New European publisher Archant reveals that it will continue to publish issues of the pop-up title after its initial cut-off date, Gorkana explores the opportunities PRs may find from such titles.

This week, publisher Archant stated that it will continue to publish editions of its pop-up newspaper, The New European after it exceeded sales targets. The title will now be published beyond its initial commitment date of four weeks.

It has also been reported that The New European is a test run for a wider plan to launch more timely titles that run for a shorter period.

Will Hattam, CMO at Archant, said: “Pop-up publishing is something that only Archant could have delivered. We have the scale to produce a quality print product for a national audience, but also the agility to turn things around fast and cost-effectively enough to profitably service a community that’s popped into existence overnight.”

As this new concept gains momentum in publishing, Gorkana asks comms pros from Burson-Marsteller, W and Frank PR what they can stand to gain from the trend. Here’s what they said:

Burson-Marsteller UK’s senior director of corporate and crisis practice, Michael Hartt, says that pop-up titles give PRs access to a more targeted audience. He said: “A pop-up like The New European is designed to appeal to an audience which is passionate about specific topics or wants a specific editorial perspective.

“For PR people with clients who align to that, we can be much more targeted in our outreach. That gives us a much better chance of reaching the right audience.”

Adam Leigh, strategy director at W and former deputy editor of The Independent, adds that although the circulation can be small for pop-ups it can be more clearly defined.

“Although [The New European’s] circulation small by definition, the people reading it are likely to be absorbing every word, in a way that readers of Metro just wouldn’t. The PR opportunity is therefore rather good.”

The pop-up paper allows the opportunity to take more risks

Hartt told Gorkana that pop-up papers present an opportunity as they are both credible but also allow PRs to take risks. He said: “As a media outlet, they will be expected to operate with high standards of journalistic integrity, but as new, experimental titles, they will have license to push boundaries.”

The ‘here today gone tomorrow’ attitude may not work for everyone, according to Hartt, and PR people will need to track pop-ups closely to understand which ones are on the rise.

Frank PR founder Andrew Bloch stated that pop-up titles have the same opportunities as the launch of new titles. For both launches Bloch says that PRs should take advantage of the high levels of attention that they initially attract.

“The first edition of a new title benefits from high levels of attention from readers keen to check out what is on offer. It also generates a lot of PR in its own right as a result of other media analysing its content.

“This can provide a good opportunity for PR’s to generate disproportionate awareness if they can secure launch edition coverage for their clients,” he added. 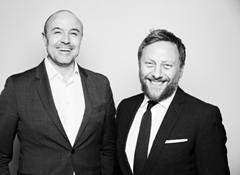 Frank scores RFU’s London Sevens brief
The Rugby Football Union (RFU) has appointed Frank to handle its ongoing PR in the build up to this year’s HSBC London Sevens event at Twickenham in June. Frank will deliver a [...]
Industry News
Request a Demo and Pricing
Connect on Social:
What PRs think of Twitter’s ‘See What’s Happening?’ campaign