Ketchum’s global network will provide international PR and media support to the Rome 2024 Committee, promoting the City of Rome’s bid to host the 2024 Olympic and Paralympic Games.

Rome is competing against Paris, Budapest and Los Angeles to host the Games and the result will be announced on 30 September 2017.

David Gallagher, CEO of Ketchum Europe, said: “We will rally international support for Rome by demonstrating how this ancient global city will enrich the Games. By evidencing the meticulous planning behind their infrastructure business-case, and by sharing the story of the city’s unmatched hospitality and magic, our global team will deliver a real-time, integrated campaign.”

Ketchum has previous experience communicating around large-scale sporting events; it previously supported Special Olympics Global Ambassador, Apolo Ohno, on his tour of China to promote the 2013 Special Olympic World Games. On another occasion, Ketchum teamed up with the Committee to Preserve Olympic Wrestling (CPOW) and campaigned to have wrestling reinstated in the Olympic Games after the executive board of the International Olympic Committee (IOC) voted to have it removed.

Ketchum’s partnership with the Rome 2024 Committee will last until September 2017. 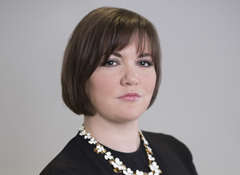 Young Women’s Trust names Ketchum’s London CEO as chair
Ketchum London CEO Jo-ann Robertson has been named the new chair of Young Women’s Trust, a UK charity that helps young women on low or no pay. Robertson will head up a board [...]
Industry News
Request a Demo and Pricing
Connect on Social:
Finn to open London office in July