Planning ahead is key, particularly when it comes to anticipating corporate and other crises and impact on reputation, as Gorkana’s recent White Paper on Crisis Communications showed. John Orme, Senior partner and EMEA crisis counsellor with Porter Novelli, thinks that war gaming, Game of Thrones and the ever-resourceful Chinese warlord Sun Tzu have useful lessons for crisis communicators to heed.

In a world where the speed, reach and impact of social media means that information without context can often trigger reputational damage, astute crisis management planning has become even more essential for PR and comms professionals.

But how do you start putting this into practice? Well, one way which might appeal to the many Game of Thrones’ fans out there, is war gaming.

GoT, like War & Peace and other dramas, is helpful as it portrays a world where war is a natural component of most people’s lives, shaping the way they think about their lives, their families, their ambitions, their business ventures and jobs.

Game of Thrones vividly portrays the constant presence of war, when marshals, generals and admirals had to be super-smart in their strategizing; without drones, tanks, GPS surveillance and smart missiles they had to use superior brainpower and cunning to overcome the odds.

In China, most business leaders and MBA students are still taught the wisdom of Sun Tzu, a general, military strategist, and philosopher who lived around 500 BC. His brilliant The Art of War treatise has influenced war mongers and peace makers alike since he chronicled his ideas, observations and insights. Most compellingly, he was a student of human nature and social behaviour – a psychologist as much as a militarist. But strip out the war part from his writing, and you’ll find a handbook for strategic corporate planning, HR management and logistics processes that feels fresh, timely and relevant.

One of the recurring themes in Sun Tzu’s writing is the subtle art of subterfuge – developing ploys which work to convince an overwhelmingly stronger opposition that your weaker forces are superior, or that your troops are vulnerable at the point where you want the enemy to attack. Many of his recommended tactics are like strategic judo – outmanoeuvring an opponent’s strength and weight by deception and agility.

This approach is at the heart of truly effective planning to reduce or mitigate corporate issues that can escalate into crises. Client organisations are recognising that traditional risk assessment, issue mapping and scenario planning processes are no longer the only game in town. ‘War Gaming’ is becoming an essential extra weapon in the armoury of today’s crisis managers.

An effective War Games exercise focuses on getting into the minds, motives and methodologies of all the potential players in a crisis scenario – opponents, allies, partners and potential intermediaries and arbitrators.

The point of crisis management war gaming is to develop real working insights based on a deep understanding of these participants. Personal experience, knowledge, research, role-play and extrapolation all play their part in creating credible, well-informed scenarios built on two critical factors – motivation and context.

Working away at the motives of the key players means that the scenarios are based on underlying drivers that are unlikely to change, rather than jumping to try and anticipate and respond to short-term tactics. Focusing on the context surrounding an issue provides a realistic understanding of the external factors that will influence the participants, and even identify new players to the game.

All of which leads us straight back to Sun Tzu. One of his greatest strengths was thinking beyond the obvious. An invading enemy with hordes of soldiers may seem a fearsome prospect to the defenders, but Sun Tzu reasons that it is important to understand how the attacking troops are feeling. If they have been away from their families and homeland for many months, surviving on food they’ve managed to plunder, they are likely to be tired, homesick, resentful and difficult to motivate.

In the great general’s thinking, most of their number can be added to the defending army when it comes to calculating the balance of relevant forces.

It may be thousands of years since he observed his world and chronicled his insights, but Sun Tzu’s penetrating understanding of motivation and context are still critical to our modern strategic corporate war games and crisis management in particular.

“Build your opponent a golden bridge to retreat across…the greatest victory is that which requires no battle.” 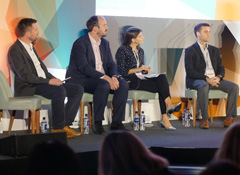 KFC’s Jenny Packwood: Fill the vacuum with positive news
No one seeks a crisis, but being ready for one is imperative when disaster strikes, a packed audience was informed during the Crisis killers: a reputation management [...]
Features 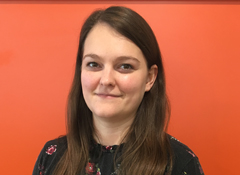 Cision Insights: Why speed is of the essence in a crisis
Megan Taylor, senior client insights manager at Cision, provides examples from the Cision Insights team illustrating the need for speed when a crisis situation hits.  In order [...]
Features 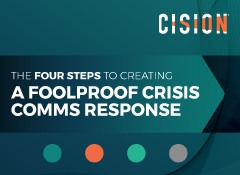 Building a foolproof crisis comms response in four steps
Perhaps the most important role for a PR is to be able to guide their company or client through a crisis. Given that nothing can wipe reputation, prestige and share price from [...]
PR Tips 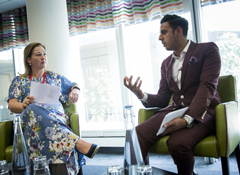