Kicking off a series of Q&As with board members of the London Press Club, Amar Singh, chief content officer of Squawka, the multi-platform football news and data business, outlines his views on the future of sports journalism, how the changing role of newspapers is affecting this, and what PRs can do to get involved with Squawka’s content and audience, writes Gorkana’s Ronan George.

The internet is filled with football sites from around the world. What is yours about? What sets it apart?

At Squawka, our editorial mission is to give football fans ‘More than the Score’. This guiding principle underpins our entire offering across the website, social media platforms, podcasts, video and our app. We utilise a wealth of Opta data to delve deeper into the game and go beyond simply reporting on what happened. But in order to make it truly resonate, our journalists are also expected to have a strong understanding of the themes and topics that are fuelling the conversations and debates around the game. Data-driven analysis seems aloof and meaningless without relating to the zeitgeist and we look to bridge the two every day, whether it’s settling a debate over who is Manchester United’s most effective midfielder or providing insight into an Arsenal transfer target.

We also have pretty innovative proprietary products on the site such as the Comparison Matrix (which allows football fans to compare players and teams across a range of stats and has an average dwell time of 25 minutes) and our Live Match Centre which includes fantastic real time visualisations like heat maps to help tell the story of the game.

A lot of football fans are no longer satisfied with analysis that simply regurgitates what they have seen with their own eyes. How does your site cater for these supporters?

You’re absolutely right. A simple match report doesn’t cut the mustard anymore, and football fans today crave deeper analysis. We feel we have struck a chord with a new generation of supporters by presenting data-driven analysis in an accessible way. We’re also flexible so we take our message to where football fans are online whether that be social platforms like Facebook or video platforms like YouTube and tweak our content to meet the needs of that audience.

Squawka’s content was viewed two billion times in 2015 across all these platforms, so we’re definitely filling a gap in the market.

How many people make up your team and what are their roles?

I have 15 full-time staff and a further 12 freelancers working in the editorial team. They range from feature writers/analysts to social media producers to video editors.

It’s interesting because roles like ‘social media producer’ didn’t exist five years ago, so this content team – and roles which have been formed within it – has grown organically according to what our audience likes.

Next season, we’ll be reporting from the games, so will be hiring more reporters.

What do you think about the evolution of newspapers and their coverage of football and other sports and what this means for the future of sports journalists?

What will sports journalism look like in five years time?

I expect sports journalism to continue to evolve to meet the needs of a younger audience and the technology they use to access their content.

Social networks, like Twitter, Facebook and Snapchat, have provided journalists with new platforms to communicate on, and present the industry with an opportunity to find new ways of story telling.

What is your advice to someone who wants to become a sports journalist?

Network as much as you can. It’s vital in journalism to get out and meet people. Organisations such as the London Press Club hold several events each year which offer aspiring journalists the chance to make connections and get sound advice.

Practice writing match reports, player ratings, interviews and other staples of the genre. Seek training in video, audio and Google analytics. Email your local lower league sports club and ask if you can interview someone for your blog. Make yourself the most employable candidate in your field.

Offer media organisations some of your time for free to get your foot in the door, develop valuable experience, expand your contacts book and impress potential employers. When you get your chance make it count. Work hard, be polite and go out of your way to deliver more than you need to.

Your sites and app feature news and data. How can PRs help with content?

We’re always keen to hear from PRs who have strong propositions and understand what we are about. Player access is always welcome and we usually leverage those opportunities to create innovative content. Working with brands to help amplify their partnerships is a big part of digital sports media and can often lead to really refreshing content. Earlier this month we sent a journalist and video producer to Greece to work with Heineken and interview the former Barcelona star Deco. We created a series of short video clips which went out on our social media platforms during the Arsenal v Barcelona game, which led to a lot of engagement and interaction. Before pitching, I would advise to just be familiar with our content and areas of interest by looking at the site before getting in touch.

What are your ambitions for Squawka and what do you envisage for the future of the online football sector?

The ambition here is to become the world’s largest media and entertainment business in the world’s largest sport – football. It’s an exciting time because digital technology is transforming football. The leagues, clubs and players are embracing online like never before with the rise in use of tech like smartphones giving them a direct route to their fans. This gives journalists working in digital sports content a unique opportunity because fans want more than just the official, sanitised content from the club channels.

Amar Singh is a director of The London Press Club. The Club provides opportunities for journalists and others interested in the media to meet and learn of new developments, debate the latest issues and explore our collective past as communicators. It runs a range of regular events from networking drinks, sponsored by Gorkana, to discussions on matters of importance not only to journalism, but to the furtherance and protection of free speech throughout the world. 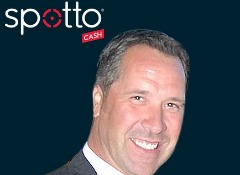 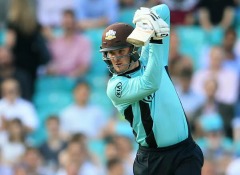 PHA Media promotes The Oval’s historic 100th Test Match
PHA Media has been chosen by Surrey County Cricket Club to promote the 100th Test Match to be played at The Kia Oval this summer. The sporting venue will become only the [...]
Industry News 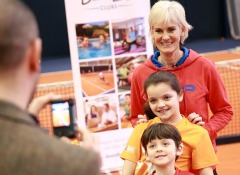 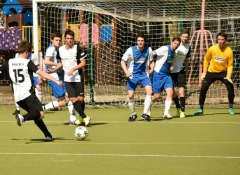 Match Report: Hacks vs Flaks Easter Sports Day
Suncream was the order of the day down at the Bank of England Sports Centre on Sunday as sizzling temperatures brought an added intensity to the latest Hacks vs Flaks Easter [...]
Industry News
Request a Demo and Pricing
Connect on Social:
Behind the Headlines with Launch PR’s Johnny Pitt 60 seconds with David Shriver, Tulchan
Scroll to top
Cookie Policy