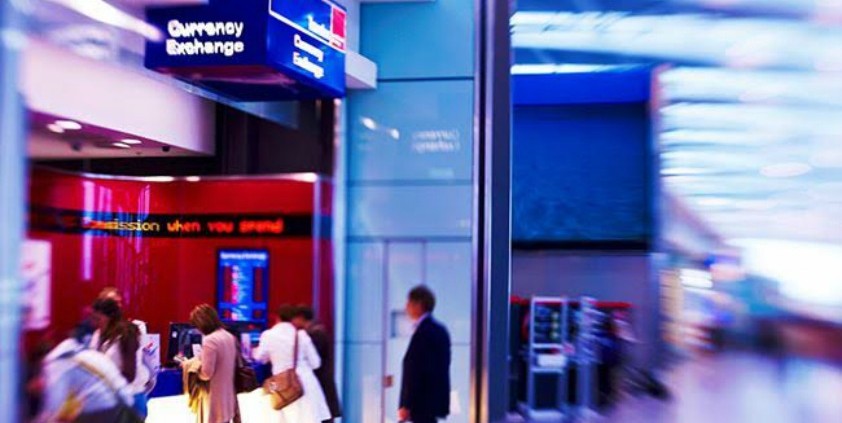 Travelex has brought in Hotwire as its lead global PR, creative and content agency, as the foreign exchange specialist looks to enhance consumer engagement around its brand and products ahead of its 40th anniversary this year.

Travel and tourism multinational TUI Group, which owns the Thomson Airways and Corsair International brands, has appointed Maitland to manage its financial and corporate comms.

Domino’s, the world’s leading pizza delivery company, has brought in Shine @ The Academy as its retained consumer PR agency in the UK.

Moomin Characters, the business set up by Moomin creator Tove Jansson in the 1950s, has appointed arts and culture consultancy Riot Communications as its first PR agency.

Taylor Herring has been chosen to handle the PR for the second innocent unplugged festival, which will take place from 28 to 30 May 2016.

The Financial Times has named Sacha Bunatyan as global B2C marketing director, with a brief to grow its subscriptions business and enhance audience development.

Rebecca Smith, former medical editor for the Daily Telegraph, has joined the National Institute for Health and Care Excellence as head of media.

The Federation of Small Businesses (FSB) has brought in BBC political journalist Louise Stewart as head of media and comms.

Hill+Knowlton London has chosen Richard Carnell-Jones as associate director of its energy and industrials team.

Andrew Soar has returned to Unity to take on the newly created role of head of engagement, nearly two years after moving to Shine Communications, as associate creative director. Carat’s John Carolan has been appointed as Unity’s first planning director.

Weber Shandwick has launched the Gender Forward Pioneer (GFP) Index, which reveals that only 10.9 per cent of senior executives in the world’s 500 largest companies are women.

London-based corporate and financial comms adviser Cardew Group has joined forces with New York investor relations firm Taylor Rafferty to offer capital markets advice to clients in the UK and the US.

OPINION: When brands should speak up on Brexit
Andrew Clark, recently appointed public affairs director at Burson-Marsteller and a former deputy business editor of The Times, identifies four key questions business leaders need to ask themselves before wading into this potentially “toxic” debate. He says there are clear pros and cons businesses should consider before stating their views on whether Britain should remain in the EU.

PR’s identity in 2016
Gorkana explores how the growth and proliferation of media channels has affected PR and how the industry positions itself in the marketing mix. In public relations, there is now a trend, particularly among agencies, to offer services in social media, online content and SEO, which has blurred the identity and scope of ‘traditional’ PR.

Speaking to PR professionals, from agencies including LEWIS, PLMR, Lexis and Capella, as well as prominent journalists, this report explores what multichannel marketing means for the identity of PR.

Rachel Armstrong has been named financial services editor for EMEA at Reuters.

Times journalist Federica Cocco has joined the Financial Times as a statistics journalist.

James Gill has been appointed executive editor – film at ShortList magazine. He was previously content solutions editor at Shortlist Media and will take on his new role on 29 March.

VICELAND, the new TV channel from VICE, will be available on Sky and NOW TV customers when it launches in the UK and Ireland in September this year. The 24-hour channel will be programmed, developed and produced in-house by VICE’s creative team.

Gorkana Media Briefing with Shares
“Responsible” and “disciplined” financial reporting is what Daniel Coatsworth, editor of Shares, wants his title to feature and to be known for. Speaking to Gorkana during an exclusive media briefing, Coatsworth explained how he prefers the title to focus on stories that are forward-looking and based on research and data, over more “sensationalist” content.

60 seconds with Maria Darby-Walker, Citigate
Maria Darby-Walker, senior director at Citigate Dewe Rogerson, on getting into PR by accident, the importance of not leaving a void when communicating during a crisis and her admiration for Ruth Sunderland at the Mail.

Gorkana meets…Country & Town House
Lucy Cleland, editor of luxury interiors and lifestyle magazine Country & Town House, talks to Gorkana’s Ben Spencer about how her readers appreciate the good things in life, the importance and high quality of the magazine’s supplement series and the difference between “good” and “not so good” PRs.