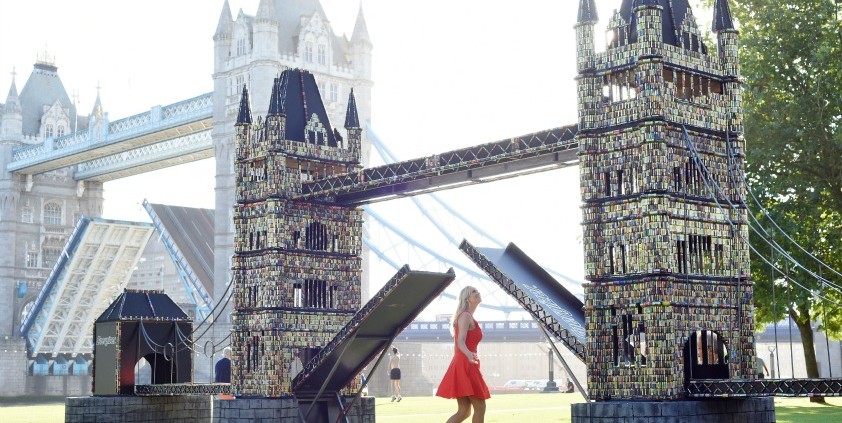 Let’s face it, batteries aren’t the sexiest of products – they are often viewed more as a functional purchase with low brand loyalty and with sales often driven by in-store promotional offers. So imagine our excitement when Energizer briefed us on a technological breakthrough that represented a world first. The new Energizer EcoAdvanced is a battery made from RECYCLED batteries.

To launch one of Energizer batteries’ most technologically advanced innovations – Energizer EcoAdvanced – which is the world’s first high performance battery made from 4% RECYCLED batteries.
To use the launch to drive awareness and sales of the overall Energizer brand.
To generate earned media which features key messages, in gold and silver tier titles.

Trade – multiple and convenience retailers.
Consumer – families and individuals in the 25 to 45-years-old age-range.

Our strategic starting point was to prove to Energizer that we needed to take a disruptive approach to the battery category – moving away from the brand’s focus on traditional ‘press office’ activity in favour of making a big bang among target consumers.

We translated Energizer EcoAdvanced’s proposition of ‘taking worn out things and making them better’ into ‘RE-IMAGINATION ’ and put this at the heart of our plan. A two-phase approach was designed to (a) create a groundswell of advocacy amongst environmental, consumer affairs and business influencers; and (b) engage consumers in a compelling way that captured the cultural zeitgeist and rich media appetite for high impact stunts.

Partnering with global trend forecasters The Future Laboratory and leading sustainability campaigner Tony Juniper we created The Re-Imagination Report, looking at the future of recycling and how waste will become a premium resource. We launched it to ‘green’ influencers including science, environmental, consumer affairs and trade media at The Future Laboratory’s Shoreditch hangout.

We then created a ‘media moment’ through our showstopper that re-imagined London’s iconic Tower Bridge. The kinetic sculpture was made out of 83,000 batteries collected from recycling plants showing how EcoAdvanced turned waste products into something wonderful.

Weighing two tonnes, the sculpture was 12 metres long and four metres high. Ensuring a genuine likeness, the replica was battery operated to open and close at the same time as the real London landmark and was erected in front of the real bridge in Potters Fields.

Taking four weeks to make, the installation was unveiled by The Gadget Show’s Pollyanna Woodward, with our photocall attracting media, bloggers and consumers. Collateral included a timelapse film of the build and the installation to drive share of voice and social shares.

Unleashing the power of online influencers, we selected parenting and lifestyle bloggers from our exclusive ‘Social Inner Cirkle’ community and set them a ‘re-imagination’ challenge. Supplying them prop boxes comprising materials doomed for the bin, they were tasked with upcyling worn out items and transforming them into something new.

Mandy Iswarienko, marketing director at Energizer, said: “The Cirkle team is very strong, passionate and results-driven. A fabulous combo to reach the ambitious targets we needed to obtain for this campaign.”

Opinion: Why “PR” is having a renaissance
Brendon Craigie, co-founder and managing partner at Tyto PR, examines why PR professionals are once again adopting the PR moniker. The public relations industry is in the [...]
News Analysis
Request a Demo and Pricing
Connect on Social:
Case Study: Bike Moments