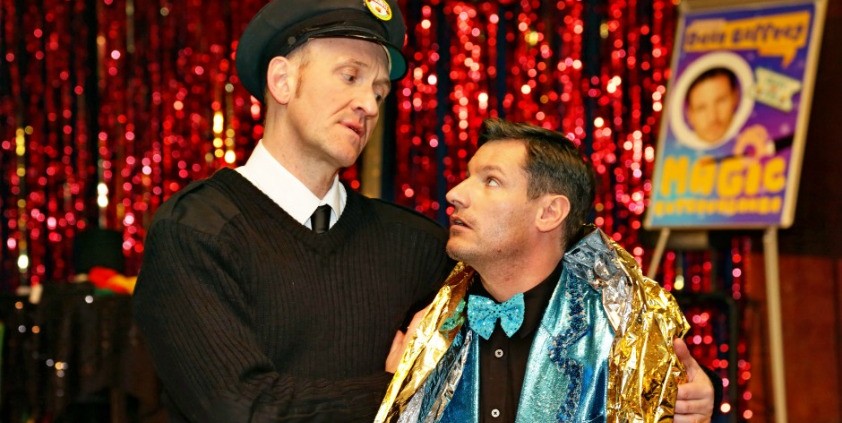 Less than 12 months after a hard-hitting TV campaign exposed the secret world of Marmite Neglect, it was clear that the UK was sliding back towards large-scale delinquency with regards to the polarising yeast extract-based spread.

With the scandal threatening to plunge the nation into “Marmageddon”, W’s mission was to show every man, woman and child the threat Marmite Neglect posed to the very fabric of society, encouraging Britons to reach into their cupboards and give Marmite renewed pride of place on the breakfast table.

The ‘Marmite Neglect’ idea was born out of Unilever’s insight that while awareness of the product couldn’t be higher, frequency of use was slipping.

Britain had already been introduced to the scourge of Marmite Neglect through the hard-hitting TV campaign that made headlines (and sparked controversy) when it was first screened in 2013. Yet with a second on-screen run planned for January 2015, there was a danger that although the brand would be highly visible, the original impact would be impossible to replicate.

W re-imagined Marmite Neglect as an unfolding real-life scandal – apeing the ways in which the “shocking” news would break and play out in media.

An online “trailer” – conceived, scripted and filmed in just 19 days – was timed to create maximum anticipation and drama in the week prior to the TV campaign being re-aired. The trailer’s premiere on Facebook in January 2015 created an instant social media sensation.

As the TV campaign went live, W immediately responded by launching its Marmite Neglect Helpline – an 0800 number that made headlines across the national media.

Meanwhile, W ensured the brand had pride of place on the nation’s most influential tables, by producing customised labels for top restaurants and breakfast spots, including The Ivy Market Grill, Quo Vadis, and the Riding House Café – creating instant Instagram opportunities for influential brunch fanatics across the capital.

It negotiated a partnership with social dating platform MySingleFriend that encouraged singletons to state their Marmite preference in their profiles – enabling all parties to enter into relationships with their eyes open, and reduce the risk of any future Neglect. “Marmite Lover” and “Marmite Hater” immediately became as essential as “GSOH” for thousands of daters.

W then widened the Marmite Neglect Squad’s remit to end “Celebrity Neglect”. Resulting in an even more ambitious piece of content… the rescue and subsequent career resurrection of neglected Eastenders actor Dean Gaffney.

The film became the springboard for a media blitz in which Gaffney became the “face” of Marmite generating further social buzz through content such as personalised Vines to his showbiz chums.

Meanwhile, daily Marmite editorial conferences identified opportunities for rapid-fire social interaction, casting the Marmite jar (and toast) as a participant in news events from Madonna’s tumble at the Brit Awards to the Queen’s Birthday and General Election – creating an ongoing dialogue with brand fans and media and recognition from consumer and trade press, as well as Twitter’s senior management itself.

And finally, W’s in-house tech team developed the world’s first piece of “spreadable technology” – an app designed to bring Marmite Neglect to life for the smart- phone generation, tracking consumption to count down to a new purchase.

Within 48 hours, the initial ‘End Neglect’ trailer smashed expectations, acquiring an extraordinary virality, achieving 1.5 million views within the first week, and clocking up the highest Twitter engagement rate of any Unilever video – ever.

The ‘Celebrity Neglect’ film with Dean Gaffney went on to achieve 90,000 organic views in the first 48 hours alone, while further personalised Marmite-themed Vine messages prompted huge spikes of consumer engagement on both brand- and media-owned channels.

Meanwhile, W’s highly responsive and agile content programme grew the Marmite community to 1.2 million, generated an average 8 million impressions per month and achieved recognition in both consumer and marketing press, including topping The Drum post-Brit Awards list of ‘brands that rose to the occasion’. Marmite is now regularly highlighted as an example of social and content best practice by both Twitter and Unilever.

The campaign delivered more than 150 pieces of premium coverage and helped drive an impressive 9% sales increase during the launch period.

The spectre of Neglect may still be with us – but for now, at least, the nation can sleep easy once more – with Marmite jars back on the breakfast table where they belong.