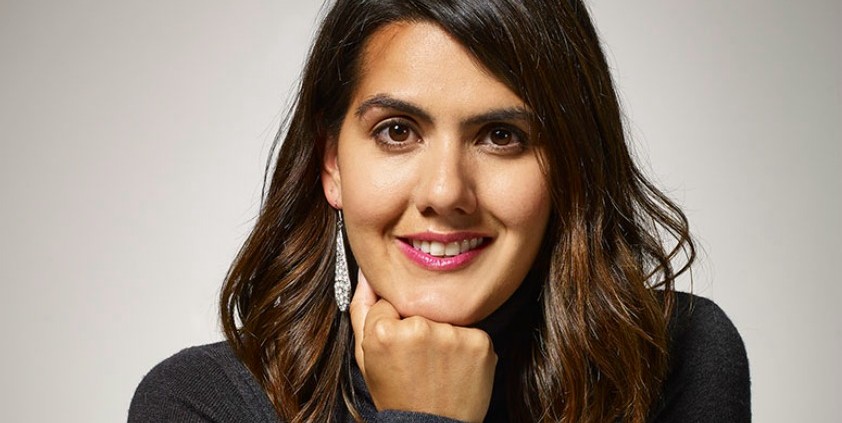 It’s three months since Farrah Storr was named the new editor of Cosmopolitan. In an exclusive interview with Gorkana, Storr talks about her move from startup title Women’s Health to such a long established heritage brand, plans to reinvent Cosmo content for the modern woman and her search for those bold “zeitgeist stories”.

You moved over from Women’s Health to become editor of Cosmopolitan in July. Three months on, how have you found the change?

Invigorating! That’s a fancy word for saying it’s a much bigger project and that I’ve had a few late nights since I started. But it’s amazing. They’re two very different brands obviously. Woman’s Health was a complete startup that began life in a small back room in Hearst with a teeny team and a lot of finger crossing.

Cosmopolitan is a huge, heritage brand with a much bigger team, and a long, rich history of editorial excellence. That’s interesting for me because I’ve had the chance to explore what every other Cosmopolitan editor did – right back to the 60s when Helen Gurley Brown took over. It’s a lot to live up to. With Women’s Health there was no blueprint – it was just: ‘make it work!’

My role is everything from overseeing the reset of the brand across all platforms, to working closely with the commercial team and everything in between. I’m a features person at heart so I tend to spend far too much time hanging around the features department suggesting ideas that invariably can’t be done.

What makes it on to a Cosmopolitan cover?

Cosmopolitan has always stood out from the crowd. Go back to the 80s and it was the first magazine to put model Gia Carangi on the cover and print my favourite cover line ever: “Why Joan Collins Needs 12 Inches”. It’s a bold, smart and provocative brand, so our covers need to reflect that. So expect to see more interesting dynamics on the cover going forward.

We’ve dialled down the drama of the fashion a bit – so, less sparkles and more cool, casual clothes on our cover girls. This is really to let the cover lines speak even louder. And if they’re going to speak louder then they’ve got to be smart, funny and offer something totally unique. My homage to that Joan Collins cover line on my first issue was: Give Good Head – One Celebrity Shows You How (It was a story about making your hair look great…).

What’s new in the magazine?

Cosmopolitan still covers everything that the modern woman wants, we’ve just reinvented it a little. We’ve gone to the gym, introducing a new Move section. We’ve added a new food and travel section called Play, and given an increased focus on careers and making money.

Our fashion pages have become more instructional, providing readers with vital information such as how the hell you can pull off a furry gilet. Oh, and of course, it wouldn’t be Cosmopolitan without the unflinching relationship features.

There’s a dedicated digital team that sit alongside the magazine team so we are able to keep the integration of the two channels as fluid and natural as possible. What the Cosmopolitan team is brilliant at is being agile and gauging the amount of time and exploration needed for both platforms. There’s no secret formula to how much time we spend on both – best story for best platform comes first.

Tell us about the Cosmopolitan reader.

She’s ambitious, funny and down to earth. Career and relationships take up a lot of her headspace.

The Cosmopolitan reader’s phone has been described by the editorial team as an extra limb. Is mobile content set to dominate the magazine?

No – but it is another way of reaching out to our audiences as well as reaching new consumers. Take Snapchat Discover, which we launched this year. It’s been a tremendous success with our younger audience, as well as those incredibly busy readers who only have a few minutes in their day to connect with the brand. People are hybrid readers – we know this now.

I tend to rely on Snapchat more at the beginning of the week when I’m running around; the website when I’ve a little more time from Thursday onwards and the magazine for weekends or on my long commute home. No platform is mightier than the other, but together they’re a pretty mighty force.

Be specific. Find an angle, don’t just pitch me an idea on ten ways to beat a cold (in fact please don’t pitch that full stop). I’m interested in zeitgeist stories. What is bold and exciting that is happening on the cultural landscape right now. We want to know.

What’s the most common thing you have to tell PRs you don’t cover?

Babies – we don’t do babies. Or anything to do with arthritis. I did have a lovely PR trying to push that for many months. She gave it her best shot. Oh and please remember I don’t work at Women’s Health anymore, but I’d still be delighted to take any amazing health/fitness stories from you.

Finally, you recently wrote an article for the Telegraph speaking out about some of the issues facing women. How important is Cosmopolitan and other modern women’s magazines to female empowerment and challenging inequality?

I wrote an article about choosing not to have children. And I think it was very important that I wrote it to be honest. I was also very open about the fact that personally I’d find it very hard to do this job if I did have children. Many of the other editors I work with have children and manage their jobs beautifully – it’s just my personal choice not to.

I think journalism should be honest and vulnerable and truthful and as an editor you should always lead from the front. That’s why my editor’s letters are always a bit close to the bone – but hopefully they resonate. Glossy magazines get a lot of flack but they are brilliant at addressing issues of inequality and female empowerment – in fact it’s our duty to do so. That’s why campaigning is so important for Cosmopolitan. We are very privileged to have a voice that is heard. What would be the point of doing this job if we didn’t use that voice to make a change?

Meet the Influencer: supercar vlogger Mr JWW
From racking up 37 million views in 14 months to discovering the “world’s best driving road” – Mr JWW reveals how he has become one of the internet’s biggest [...]
Interviews
Request a Demo and Pricing
Connect on Social:
Gorkana meets…Jazz FM’s Business Breakfast