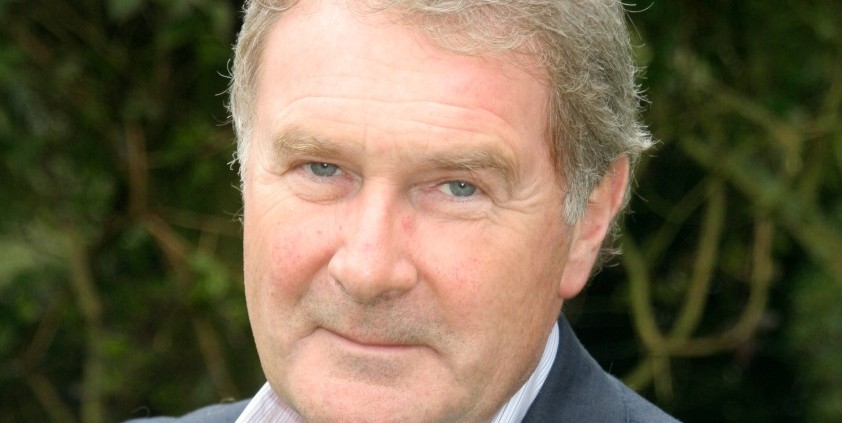 Michael Wilson, presenter of Jazz FM’s Business Breakfast, on being the “Robert Palmer of the business world”, imagining the “typical” listener is his mum and having guests who can hit key notes in a three minute interview slot.

Some people might be surprised that Jazz FM broadcasts a programme like Business Breakfast; how did the show come about?

I’ve had a long and happy relationship with Jazz FM for 15 years or so, and when I was business editor at Sky, I approached them with a Jazz in the City idea which would include some good tunes and a panel of City experts talking about the main business stories and the markets. Then I did a Wilson’s Weekend look ahead which was sponsored by the FT, then the Jazz in the City programme as well. After that the Jazz team had the idea of a Business Breakfast – hence the show.

Jazz FM boasts a very high ABC1 audience – 73% according to the latest RAJAR numbers – the highest proportion in commercial radio. So reflecting the business and financial markets is natural for the station.

What is the remit of the show?

Our aim is to interpret what’s going on in the financial world in a way that is understandable and appetising. We’re helped by being based in London, the biggest financial centre in the world – not just because of its size but because of its time zone – sat between the close of the Asian markets and the open of Wall Street. That means we can provide a daily update from the global markets, aided by a commentator from sponsor CMC Markets and a stable of well-known City analysts. So the interaction is informal but informative.

The global financial world never stops; talk us through the process of putting the show together

During the previous day the business team of Jonny Hart and Nick Howard shape the show, and record interviews. They monitor the news agenda, coming up with some creative approaches to the big stories. They also put together three business news bulletins throughout the day for Jazz FM, so they’re always up to date.

Each evening we finalise the next morning’s programme as much as we can – I’m across the news agenda of course, so I’m up to speed. As you say, the financial world never stops, so we’re reactive to overnight stories, so that when 6am rolls around, we’ve got the most up to date news, and the best guests, for our audience.

Who is a typical Business Breakfast listener?

He, or she, is employed probably by private business or is self employed, age immaterial and with a vested interest in the prosperity of him or herself, his or her colleagues and company, and because of that has an interest in where the money’s going. We’re also conscious that our listeners are well informed and intelligent so we need to be both of those things. And we’re aware that some listeners aren’t necessarily business ‘types’ and we have to engage them as well. I’ve always, in my broadcasting career, assumed I was talking to someone like my mum – not a financial expert but an intelligent person who will listen to what I say if I say it simply, and justify why she should be listening.

Who are your competitors and what sets you apart from them?

It’s mainly the BBC – specifically 5live which broadcasts a similar programme to ours. However we like to think the Business Breakfast provides a distinct and broader alternative – we even have a bit of music in between the serious stuff. It’s a great way to start your day! Apart from us and the Beeb there’s little else on UK mainstream radio focusing on business.

What makes an ideal guest for the show?

Well informed and relevant guests for the day’s agenda. You’d be surprised at how many guests haven’t really thought through what they’re going to say. When I’m media training people, I tell them that they must have three or four main things to say in a three minute interview – pithy and well thought out – even more so since the average listener probably only takes about two of them away. So preparation is all – as is brightness, bearing in mind the programme is between 6 and 6.30am. My attitude is, if you’re going to do the show, then do the show!

We’re looking at new business stories which affect everything to do with business, and the best ones have a human angle of behaviour, employment, or anything innovative. From ‘how to ask for a pay rise’ to the tax implications of the Autumn Statement. Obviously the more interesting and novel the better.

Are there any dos and don’ts PRs dealing with you should be aware of?

Plenty of the above really. Most of all, go to the team with a fully formed idea and then offer a bit of background for us to digest.

Michael, you are Britain’s longest-serving television Business and Economics Editor. How has reporting of this sector changed during your career?

As far as changing stories are concerned I just go with the flow. I have certain things I believe in – like you have to have a successful business community which is enabled by government, because it’s the only thing that pays the bills – and generally speaking a decent level of employment is a civilising factor in a nation.

Following the Crash, banking stories have become increasingly part of the main news agenda; do you see business news continuing to follow this trend?

Oh yes – years ago business leapt from the inside back part of newspapers and down-bulletin mentions on the TV news, into the headlines. All those years ago the Big Bang forced a rowdy mix of City toffs and East End barrowboys together and the City’s never looked back, for better or worse. Now the markets are truly global, so the gambling of a Chinese “stock better” does have a real effect on your company, your salary and your pension. Which always makes me think that there should be a lot more financial education in schools – most people have no shame in saying they are financially illiterate – would you ever admit you can’t spell?

You could have joined your friend Robert Palmer’s (80s pop star) band from school. Any regrets?

Ah yes – the standing family joke! Alan (before ‘Robert’) asked me if I’d join his ‘group’ the Mandrakes when we were about 15. But Mum said “no, I can’t afford an electric piano for you, and you’re in the middle of your O levels”. So that was it.

I envied him the lifestyle that he eventually got to, but I’m not sure I could have put up with crashing around the UK in an old van for years and playing crappy venues for almost nothing. Or maybe I could. But I’m very happy with the career business broadcasting has given me. I did eventually play in a rock ‘n’ roll band for 20 years and I even performed with the Jazz FM All Stars – so I can’t really complain.

What current Jazz FM single or album do you have in the car at the moment?

Meet the Journalist: The Brighton Beezer publisher, Ilana Fox
Ilana Fox, the woman behind The Brighton Beezer, tells Gorkana’s Ona Zygaviciute about why she launched the publication, what makes it unique – and the role print journalism [...]
Interviews
Request a Demo and Pricing
Connect on Social:
Gorkana meets…Daily Telegraph Stylist and Shopping