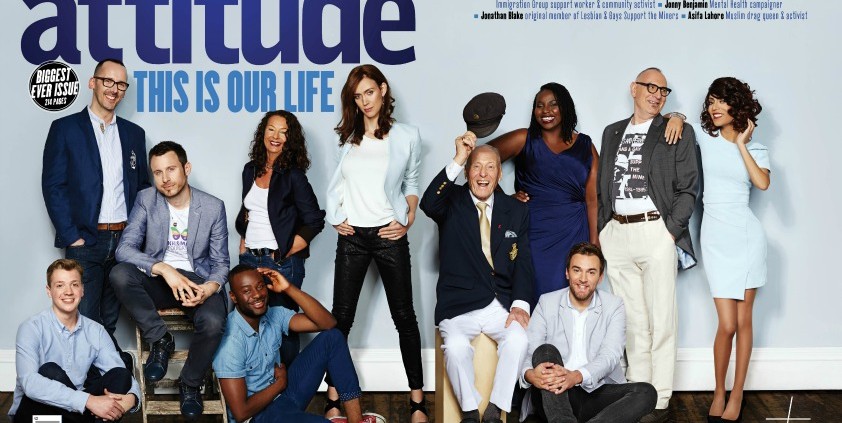 Attitude turned 21 this month – how does it feel to come of age?

It’s strange. When Attitude started in 1994 the age of consent for gay men was 21, so this birthday holds some significance. So much has changed for gay people; it’s mind boggling. It’s amazing and kind of moving to see all the things we have done – from Neil Tennant coming out in Attitude, Gareth Thomas giving us his first post-coming out interview, David Beckham being the first straight footballer to be on the cover of a gay magazine, and the first time a serving PM had ever given an interview to the gay press. It’s great to look back.

We do a fantastic event every October – the Attitude Awards – which celebrate the cultural and political figures who have shaped our readers’ year. It’s my favourite night of the year with celebrities from Cher to Sir Ian McKellen to Jonathan Ross to Tom Daley to Naomi Campbell in attendance.

It’s great that the country sees people they know and love celebrating at a gay event, but we also wanted to celebrate the real heroes of the LGBT movement, who are the people on the ground surviving, battling, and helping other people. This event celebrates them. There won’t be a dry eye in the house. All their stories are in the issue that has just come out and they are on the cover, which is very different for us.

Who is the typical Attitude reader?

A homosexual with intelligence, good looks and amazing taste. Subscribe at www.attitude.co.uk. Seriously though, it’s all age ranges and different kinds of people. We have very young people reading us right up to people in their 90s. That is the gift and the curse of editing a gay magazine. The readers are all very different and only share one thing: sexuality. We actually have quite a few straight women readers too. The challenges of appealing to all of them keeps us on our toes, but it’s not easy.

How has the content changed over the years and what is the split of content in each issue?

The tone has changed. It was created to be a perhaps less political magazine than other gay publications at the time. But over those 21 years much of the other gay media has become less political, and I like to think under my editorship we’ve again thrown more serious issues into the mix. There isn’t a set split every month. It depends what we’re covering. We do serious content, for instance we were the only publication to get an interview with all of the major party leaders for the last election, but we also do lots of fun stuff.

Our recent Matthew Lewis cover, showing Neville Longbottom all grown up, went viral across the world after J K Rowling tweeted about it. We cover fun, fluffy stuff but also report on serious issues such as mental health.

Since the magazine launched, the gay community has seen some important legislative changes, from the equal age of consent to gay marriage. How important do you think the gay press has been when it comes to campaigning for these changes?

Attitude is a bit of a Trojan horse in that as it’s not an explicitly political magazine it enables us to engage readers in some of those issues which they might not be reading about elsewhere. We might have a shirtless man on the cover but inside, as we did with the last issue, you might find a big feature about climate change, for instance. I’m very aware of that when we put the magazine together.

Talk us through the main sections of the magazine.

We have the edit section – all the smaller bits about what is happening that month like music, film etc with smaller interviews. Then we have our style section edited by our great fashion director Joseph Kocharian. We have our cover feature followed by our features section. We have our active health and fitness section and then a section that focuses on real life people. People sometimes think that it’s all shirtless men, but we have a dating page, a page on long-term couples, a page on gay parenting, an interview with a gay man over 50 and a guy with a regular body talking about body image every month. We aim to cover a lot of bases.

Which parts of the magazine can PRs help most with?

Predominantly, it would be with reviews, the style section, travel, lifestyle, feature ideas and cover stars. We have a brilliant website that gets more than two million hits a month so we reach a lot of people with a lot of interests. Gay people are across all demographics so we cover just about everything.

The magazine’s covers have become renowned for attracting big celebrities, both gay and straight. What type of celebrity resonates most with readers?

Top tips for PRs when pitching?

Be short and sweet. Contact us by email and send kisses and cakes.

And finally, what will Attitude be doing to celebrate London Gay Pride this year? 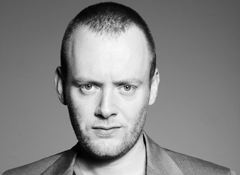