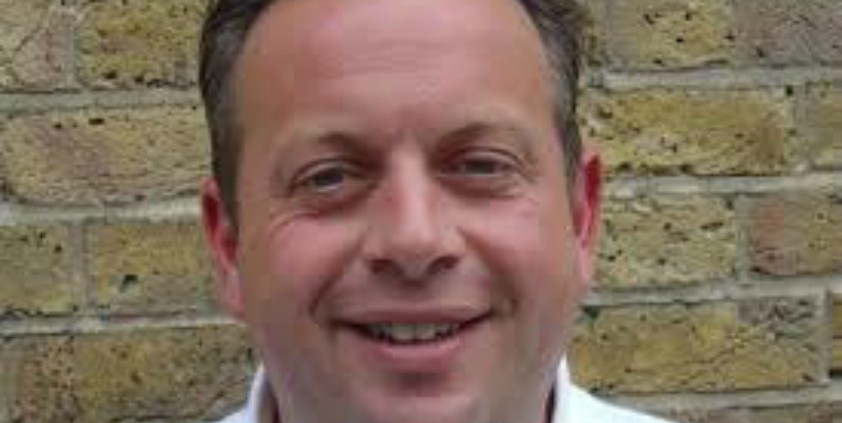 While many UK agencies obsess about world domination and flinging open their doors on foreign shores, Frank PR has just opened its third UK office and is finding diversity and healthy profits on home soil.

Fresh from opening McFrank, its first Scottish office, a month ago, Frank founder and chairman Graham Goodkind tells Gorkana it’s the UK where he sees the long term future of the brand.

McFrank is headed up by former Ultimo head of PR Claire Morrison and is described as just like the original Frank but with a distinctly Scottish accent and some Glaswegian swagger.

It follows the first regional offshoot, Manc Frank, led by Graeme Anthony, which opened three years ago in March. Graham says it’s a “regional powerhouse”, with the team moving office four times to keep up with rapid expansion.

Fee income doubled from year one to two and is up 63% so far this financial year (ends June) and total fee income is expected to be around £600,000, with “very healthy margins”.

“I’m very pleased with how Manc Frank has taken off and its success was a big factor in us deciding to launch McFrank,” says Graham.

Memorable campaigns from the Manchester team include a new electric train launch for First Trans Pennine Express, which saw two Olympic gold medallists trigger an experiential illumination stunt; while for Weetabix On The Go, the team created the world’s fastest milk float, setting a new Guinness World Record and “wowing the media” along the way.

Graham says an important by-product of the regional Frank offices is a more diverse team – an issue about which he is passionate.

“If we’re just based in London then all we’re going to attract is people who have come to London. Actually having an agency in Manchester or Glasgow allows us to capture the cream of the crop without them having to up sticks.

“There’s a finite talent pool in London but when you go to other parts of the country you tap into that talent pool.”

While the focus for the foreseeable future is on the UK, Frank still has an international presence.

Frank Australia has been operating successfully for nearly six years and now numbers around 12 people, but Graham believes there is huge opportunity in the coming years.

“In PR terms, I think Australia is catching up with the UK in terms of importance. PR used to be a bit like the poor relation, like it once was in the UK, but definitely in the last two to three years I’ve noticed a groundswell and a sense of recognition that it’s important.

“If we can be the brand there when this growth is happening then it’s an exciting time.”

But the experience of opening in Australia, where “the brand was pretty well known before launch”, was very different to launching in New York, in August 2012, and starting from scratch.

Graham admits it was a tough market to crack.

“The size and scale of the US market is just so different. You need to be a 30 to 40 people agency until you’re taken at all seriously, and until you build scale it’s very difficult.”

However, mid-last year Frank hit on a virtual agency model idea – “a bit by accident” – and for the first time since launching has been profitable every month.

“We took the existing Frank clients and rehoused them and the staff working on the business into other agencies with which we’ve built up good links. We still manage the client relationship at a senior level from the UK.

“For future clients we will help devise their US PR strategy and approach from the UK and then find them the right team at another agency to do the day-to-day stuff.

“We’ve built up some fantastic connections in New York and beyond and know our way around the US PR scene well.”

Back in London, and 2015 marks an important milestone for the agency which clocks up 15 years in business later this year.

In 2000, after working at Lynne Franks PR, Graham decided to set up the down-to-earth and straight-talking agency with colleague Andrew Bloch.

It has grown to become one of the biggest consumer agencies in the UK working with a huge number of household names over the years, and earning a reputation for its stand-out creativity.

But 15 years on, does Graham think Frank still has what it takes?

“I think we still lead the industry in terms of creativity and profitability and that’s some achievement to have done that year in and year out for 15 years.

“You see other agencies executing Frank-type ideas and clients come to us and say ‘that’s a very Frank idea’ and it’s a really nice compliment as long as we’re also doing those ideas – which we definitely are.

“The quality of work we’ve been producing over the last year has been as good as ever; we still have the same creative juice we’ve always had and that’s pleasing when you’re in year 15 and still producing the same sort of work as in year one.

“You see a lot of agencies that are hot for a year or two but hopefully we’ve managed to keep that going well into our second decade.”

Reflecting on the last decade and a half and he seems almost surprised by what he and the team have achieved.

“We’re well past where I could ever have visualised Frank to be when we launched. When I started the business, my frame of reference was my old agency Lynne Franks PR, and Frank has gone well beyond that in terms of size and scale.

“In 2000 I would never have envisaged us having offices in London, Manchester, Glasgow, New York and Sydney. When I look at the clocks on the wall behind me telling me the time in all those offices I still have to pinch myself sometimes.

“One thing I will say about Frank is that on the one hand you have all this creativity and wacky ideas and all these fantastic campaigns and on the other side is a fantastic business and it was always set up as a business first.”

Which begs the obvious question – does he consider himself a business man or a PR man first?

“I think I’d define myself as a business man who happens to love PR. There are many better PR people than me and I’m lucky enough to have been able to work with so many of them.

“I’d say I’m probably more of a creative person than a PR person anyway. I love getting involved at the ideas stage and still do. And it has given me a real buzz to have been behind plenty of our award-winning campaigns over the years.

“I think what’s a bit unusual is that as well as the creative side I also love the commercial side.

“In terms of knowing how to run an agency happily and very profitably at the same time, maximising value for shareholders, making the tough decisions that go with it, and doing this consistently over a good few years, I really enjoyed doing that. And I think I’ve done an OK job at it too!”

The HP Sauce Jimmy White/Jimmy Brown campaign, where HP sponsored the brown ball in snooker, and we got Jimmy to change his surname by deed poll from White to Brown, to commemorate the deal, was probably our most famous idea.

As well as scooping virtually every award at the time, it also helped us win lots of new business and gave us a big growth spurt.

Winning the Brylcreem business was pretty special. We found out on our first birthday and it represented our first real mainstream, proper FMCG client and we felt that we’d ‘arrived’.

Being named Marketing’s PR agency of the year three times stands out as a high – it’s the only PR award you can’t enter.

Helping charities like Cancer Research UK and Beatbullying is a bit more heart warming I guess than selling more stuff.

Flying Frank still makes me smile. We thought it would be good fun to buy a greyhound, so we did, and renamed him by doggy deed poll. He raced at Walthamstow and won quite a few times. He also became the first dog with a blog and whenever Frank did anything with a celeb we’d get a message from him or her to Flying Frank. The dog became a PR campaign himself and a fantastic talking point. He’s retired now, but never far from our thoughts.

We’ve had some brilliant people work here over the years, both in terms of ability and personality. The stray cats of the PR world is a term that I’ve heard used for people who work here, which I think is a nice description. The culture has always allowed people to be themselves and we’ve had a few characters in our time who have really come out of their shells on our twice-yearly away days.

Doing the deal to sell Frank in 2007 was also a pretty good moment! The deal set the bar for M&A activity in the UK PR market. It set me and my family up for life financially so that’s hard not to forget. I remember signing the paperwork; there was a room full of legal documents so it literally took a whole afternoon. Then the lawyers popped open the champagne expecting a big celebration. Andrew and I said ‘thanks but no thanks’ as we had a pitch the next day and had to head back to the office for a long evening to finish it off and rehearse. The lawyers were a bit gobsmacked. But we did win the pitch. In fact, I don’t actually think Andrew and I ever stopped to toast that deal…